Showing posts from June, 2019
Show All

After dropping Young Alhaji which made a dramatic impact in the Hausa music scene, Nomiis Gee is finally not contented until he ensures that the hip-hop world knows he has a lot to offer. With the official premiering /unveiling of this soul-touching song, BANI 2 FINGERS is the latest song released by the Hausa Hip-hop Ambassador himself. The song BANI 2 FINGERS features cameo appearance from Ricqy Ultra , A-Styl, A.K.A Shamsy Nelly among others. The video was directed by KAI KAUCE Class and edited by SPOTLITE.   DOWNLOAD BANI 2 FINGERS
Post a Comment
Location: Nigeria
Read more 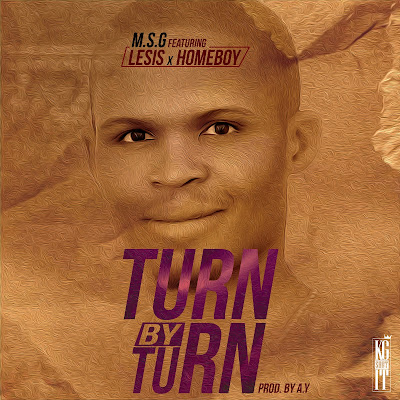 TURN BY TURN is the new project released by fast rising artist MSG. After releasing his first single earlier this year titled SAHIBA (CHOSEN ONE), he resurfaced with another party banger titled TURN BY TURN. TURN BY TURN is an uptempo song with a characteristic Afro-pop feel that will make you groove. The message relayed in the song is all about waiting for the best and rightful opportunity to make it in life. Like the saying goes, the patient dog eats the fattest bone, MSG has his sights on becoming a force to be reckoned with.
Post a Comment
Location: Kano, Nigeria
Read more
More posts